From the 95th Congress in 1987/88 a Swiss system Major Open was introduced for the many competitive players who are below the elite NZ Championship level. This competition supplemented and in time completely replaced the Premier Reserve Championship. The original Major Open trophy was the Henry Hookham cup, donated to NZCF by ACI computer services. This trophy was thought lost in 2013, and was rediscovered in 2021. In the intervening years a replacement cup, pictured to the left, was used 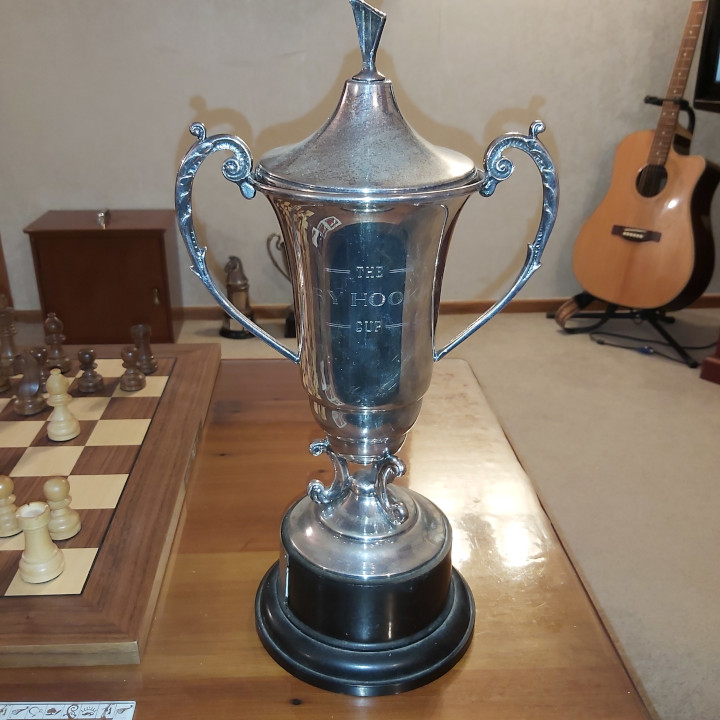 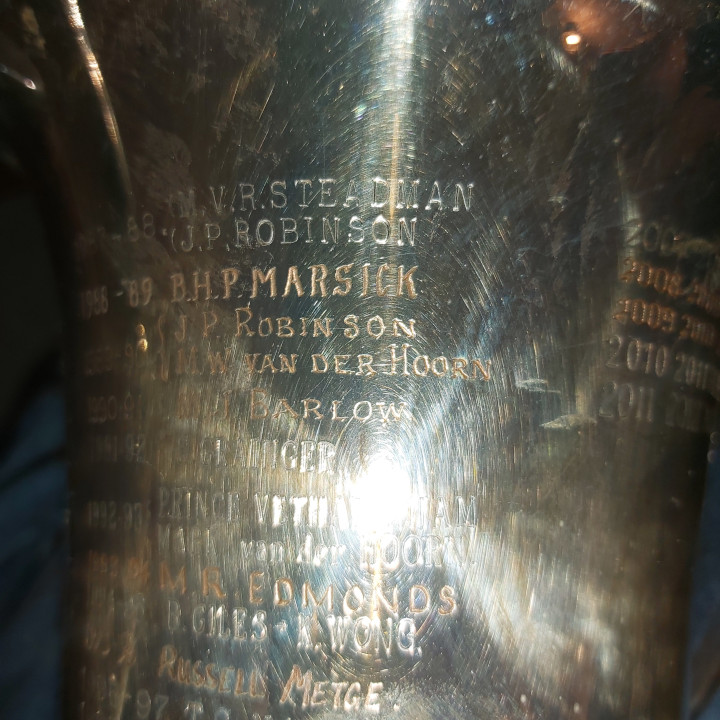 The table below lists all Major Open champions, the row numbers are Congress numbers, the City column indicates where the player was living at the time. The information is from Wikipedia. At the time of writing the Wikipedia article omitted the inaugural Major Open championship, clearly visible in the detail photograph above.